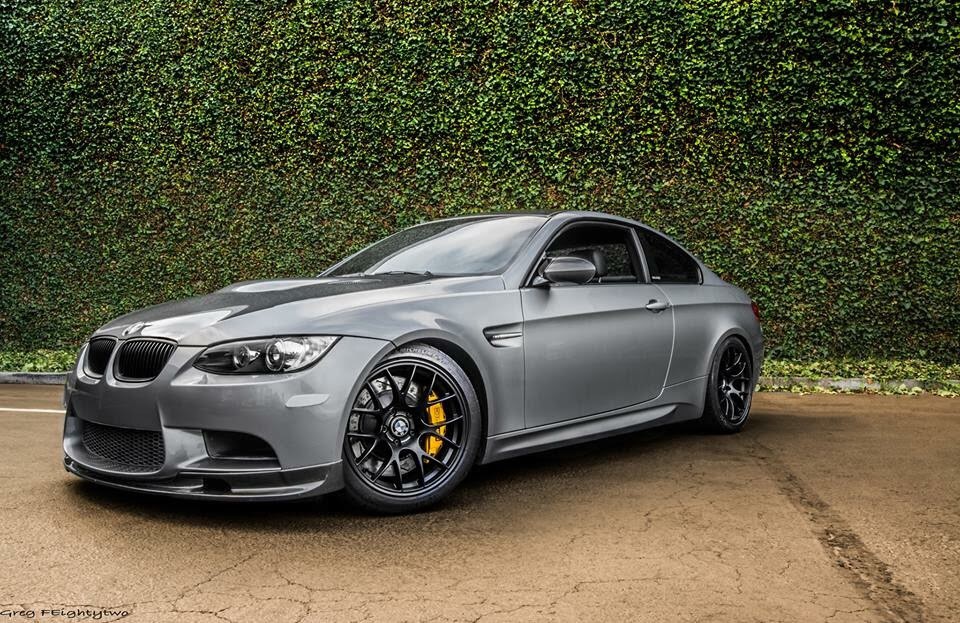 My E92 M3 has been a car that I have kept the longest. It’s not the fastest, best handling or most advanced car, but there’s just something about the whole package that I just don’t can’t get myself to part with – and I’ve tried.

A few years ago I got the new car itch and with all of the craze around the R35 GTR, I just had to have one. After a long internal battle, I decided to part my E92 M3, sell off the performance parts, sell the car and then get my R35 GTR.

During the time I was parting the car, I decided to post in a Facebook Car Club that I’m a part of called DriveClub. I said I was looking for an R35 GTR and asked if anyone had any leads on a good one. DriveClub is an awesome, invite only community for enthusiasts that are primarily in the California Bay Area and I trust the members in there. Someone quickly posted that they were about to have a baby and needed a more practical car. They offered me the opportunity to buy their 2014 Nissan GTR R35, so naturally I went to go check it out, fell in love with it, and wrote a check.

At this point, my original plan to sell the M3 and all of it’s parts first, before buying the GTR, had failed. I set that aside, continued to part it the M3 and used the funds to modify the GTR.

Once my E92 M3 was back to stock, I sort of let it sit and never posted it for sale. Something had kept me from doing so, some unexplained feeling, that I didn’t really want to get rid of it. Luckily, my wife wasn’t bugging me about the car so I just put it in the back of my mind and focused on the R35.

Fast forward a year, and after having a lot of with the GTR I decided to sell it and instead, keep the M3. So I went back to DriveClub, posted my R35 for sale, and it sold to another member with about a week. The GTR was an awesome car, and I hope to have another one day, but I had a bond with the E92 that I couldn’t explain and just couldn’t get that same feeling with the GT-R. I was happy with my decision.

I went back to modifying the E92. My friends thought I was crazy to have modded, unmodded and then modded the car again, but I’ve done it before with old cars I used to have (DSMs – Eclipse / Talon / EVOs) and while crazy, wasn’t TOO crazy for me.

Above is how my car sits now. My car is a classic OEM+ build, clean and simple. Here’s a quick mod list:

The car is so much fun to drive. I love the stance and the road presence it has, along with the awesome sounding 4.0 S65 V8 and how the power builds as it screams to it’s 8600 RPM redline. The DCT throws off ultra fast shifts and never misses a beat.

Why did I pick a DCT?

I love manual transmissions. Let’s just be clear on that. My E46 M3 is an original 6 speed manual and almost all of my other performance cars besides my R35 GTR were manual. When it came to picking my E92 M3, I wanted a transmission that would allow me to stay in the power band longer, allow me to have a fluid and continuous surge of power and be able to kick off super fast downshifts that just sound so awesome coming from the S65. The DCT (dual clutch transmission) is also much easier to drive in traffic. I also love clicking the paddles. They are firm yet easy to click and it’s a good feeling to be able to change gears by pulling on a paddle without removing your hands off the steering wheel.

Also, BMW is not known for their smooth manual transmissions. Compared to the AP2 S2000 I drove, the BMW manual transmission leaves a lot to be desired. So for me, DCT was my choice. But I do appreciate those who are 6MT or bust.

I think Space Gray is an underappreciated color. Personally, I think the color looks amazing in the sun and gives the car a smooth and handsome look, bringing out the muscular lines of the body. I like Space Gray with black wheels and yellow brakes – one of my favorite combinations. I had Yellow StopTech big brakes before, but when I sold them I decided to get silver StopTech trophy’s after. Subtle, but nice.

Being from California, I am lucky to have a few famous race tracks in my backyard. Everything from Laguna Seca to Buttonwillow, Willow Springs, Thunderhill and many more. This gives me the opportunity to enjoy my E92 M3 on the track with friends and be a part of an awesome M3 community.

To add a bit of flavor, I added an E46 M3 (two to be exact, but I’ll get to that story in a different post) to the stable and will be writing a post on this car and it’s differences compared to the E92 M3 in a future post, so please follow along!