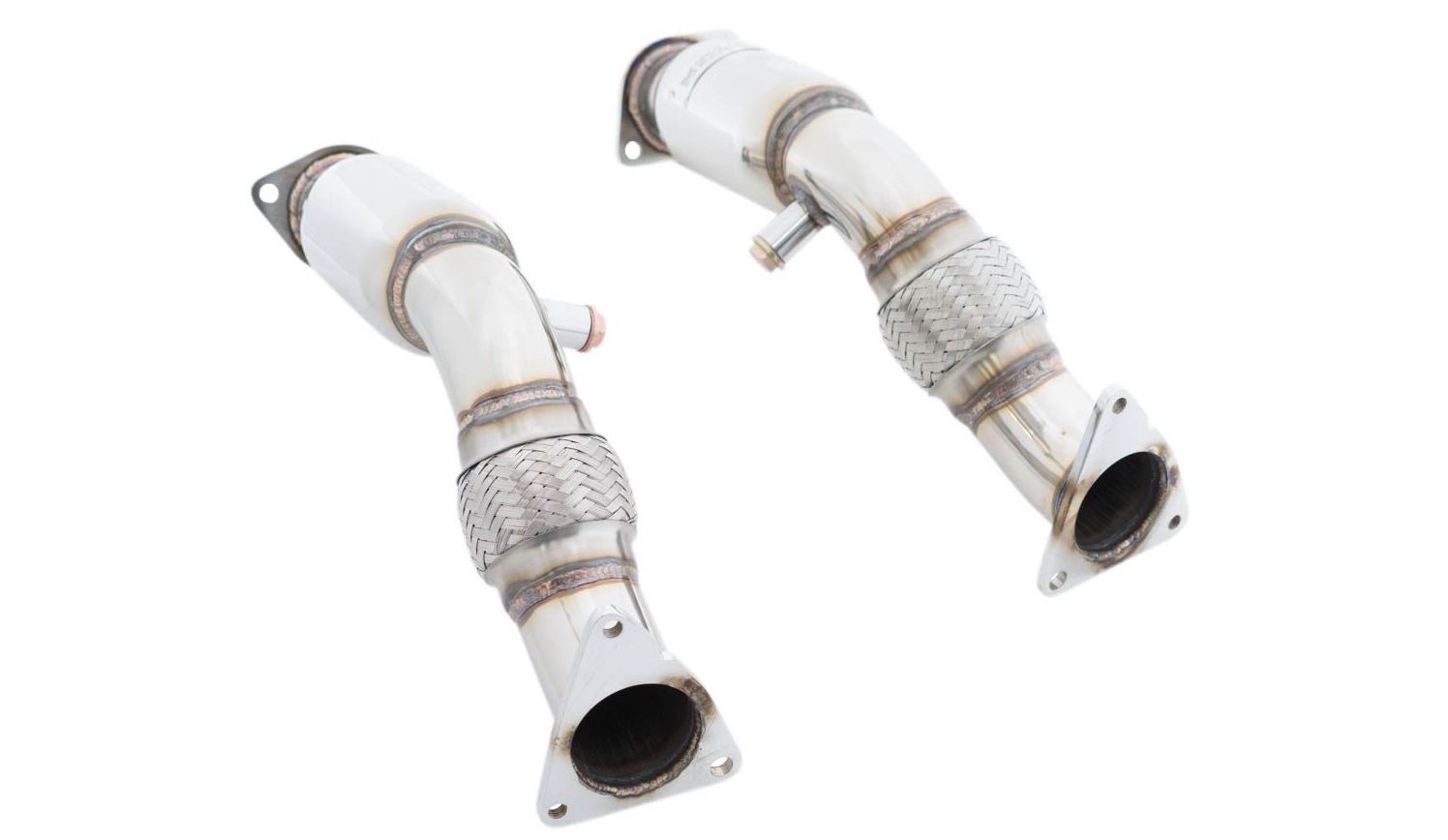 Besides going with forced induction, not much is going to add as much power than replacing the restrictive catalytic converters on your 350Z or G35 with downpipes, otherwise known as test pipes or straight pipes.

On the 350Z and G35, the factory catalytic converters are bolted between the headers and the y-pipes. Replacing them is relatively easy, by purchasing downpipes or test pipes and just bolting them in. One of the most popular ones on the market are the ones made by Megan Racing.

For most of the country, these are not smog legal and definitely not CARB legal. Some areas in the country do not have emissions testing at all, and in those areas, they might be ok, but you do need to check with your local area to see if this is legal to use on a public road. Most of the time, you can use them on dedicated race cars that are not registered with the DMV and are 100% used on a race track. Again, check with your local area to see if it’s legal for use and what requirements there might be.

Even if in your area, these are legal, I would personally not recommend to use these, and instead recommend to go with a high flow catalytic converter such as a 200 cell unit from GESI or another similar brand. These are legal in far more places, but you don’t have to deal with the smell from running downpipes/testpipes or risk getting a ticket.

In addition, now a days, high flow cats flow so well, that you don’t gain much by going to a test pipe. A few horsepower won’t be a noticeable difference with a test pipe.