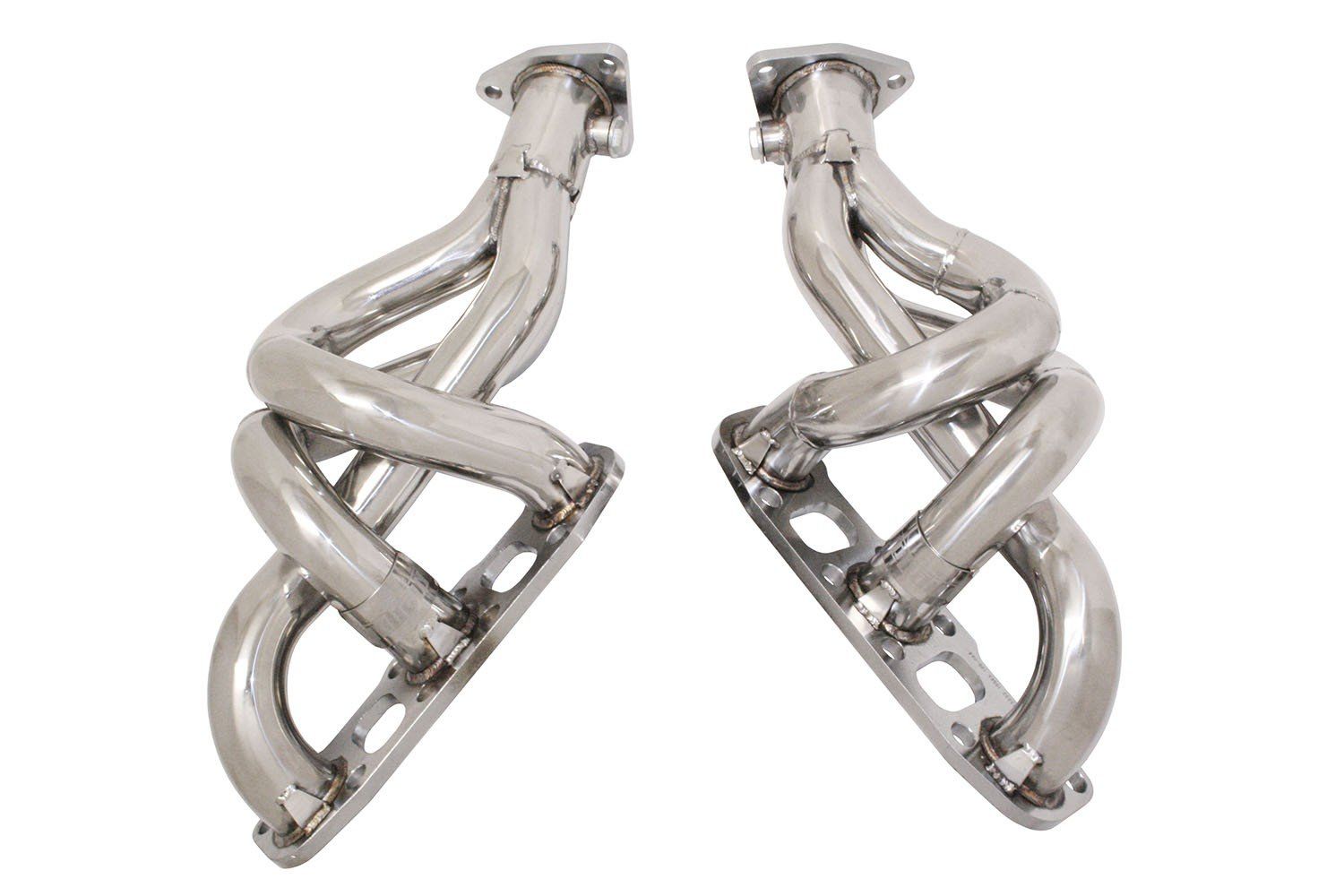 One of the more popular performance upgrades for the Nissan 350Z and the Infiniti G35 are headers, and no company makes more popular headers at a better price than Megan Racing. Megan Racing has been producing 350Z and G35 headers for over a decade and they have powered some of the fastest supercharged and N/A 350Z/G35 builds.

These generally sell for around $250 per set (driver and passenger side).

Are these headers smog legal?

For the G35 and 350Z, these headers do not replace any emissions equipment and do not delete the catalytic converters or any other smog device. So in many places around the country, these headers are legal. However, in California, any product like this must be tested to ensure it does not increase emissions. Megan Racing headers are not CARB (California Air Resources Board) tested so they are not legal in California. I believe that if Megan Racing paid to have it tested, it would pass and would be the only (that I know of) smog legal header on the market. Check your local laws to determine if these will pass smog in your area.

The factory headers are pretty restrictive, so most people see a gain of about 9 horsepower and 12 lb feet of torque to the wheels. The gains come across the power band with most of the gain in the mid range. So you’ll feel more pick up in the range you daily drive in.

Megan Racing only offers one type of header for this platform. Their headers are considered “shortly” because they only replace the OEM / Factory headers. Long tube headers replace everything from the header to the downpipes. Long tube headers are going to make a lot more power, but because they replace the downpipes, they remove the catalytic converters so they are not going to be smog legal if your area has smog checks.

Many people who have these complain of poor fitment. You get what you pay for in this case. While many say they fit just fine, maybe a little tight, others say these hit the steering rack on the driver side or they are slightly angled to not fit the downpipes. If you go through all of the work to replace your headers and then get to bolting up the downpipes just for it to not fit, it can be extremely frustrating. Some say this happens when you have old/worn engine mounts, so take that info consideration.

We’d love to hear your reviews and feedback. How did your Megan Racing headers fit your G35 or 350Z? Any fitment issues at all? How was performance? We’d love if you have these and can comment on power gains and any dyno numbers.